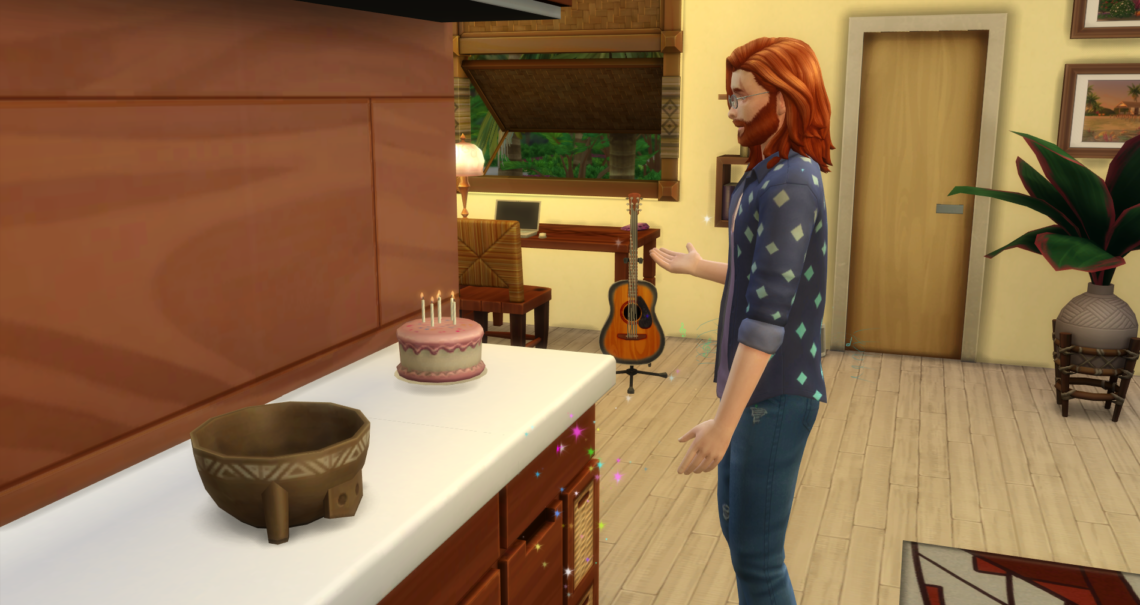 Finn makes a cake and gets ready to hold another party. Before the guests arrive, he tells Naja a story and about how it led to him making a decision.

When Naja comes home, Finn has started on a cake.

At that time Tom, Jeff and Angelo had moved out and new boys had moved in…

Finn never understood what was going on…. First, they fought and then they were best friends.

There was always quarreling and trouble.

Now the day had finally come, and the headmaster had made a cake.

Not even there could the boys stop fighting….

…. but the headmaster still seemed so happy when he wished Finn congratulations.

Finally, everyone could gather around the cake

At least for a moment.

Jeremiha and Allan both said goodbye to Finn … they had despite everything lived together for several years.

Now Finn and the headmaster stood in front of the large lattice gate.

You are a good boy Finn! said the headmaster…. Now take good care of yourself.

When Finn has walked a short distance, he turns around… In the distance he sees the headmaster.

Finn looks one last time at the big gloomy house and he decides never to return.

But the best part is Naja! …. I have discovered that now it means nothing at all.

Finn continues with the cake.

He decorates it nicely with icing.

Finn puts candles in the cake and starts to make kava.

Then he turns to Maria. Everything is done now.

Naja looks at her friends and family…. The atmosphere is so loving and warm.

Well if anyone else got time…?

Everyone jumps up from their chairs.

Later, Naja whispers to Duane …. They have something they need to catch up on now.

..… what it was that held him back for so long.