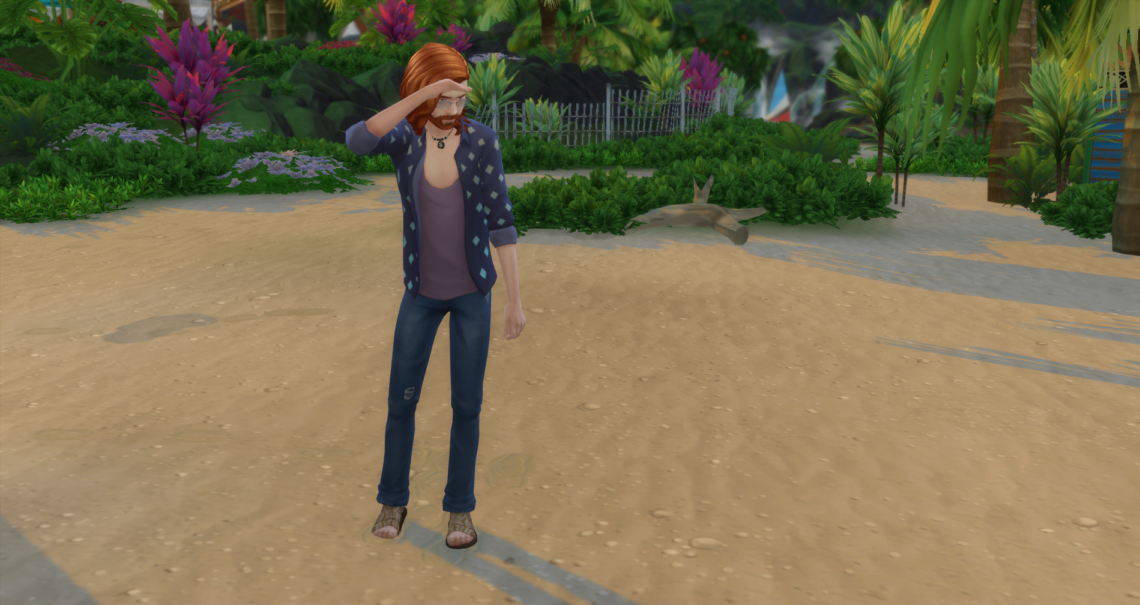 It’s the night after Finn’s party. Finn sleeps heavily on top of the great achievement he has overcome.
When he wakes up he is surprised by someone who has something on her mind.

It is in the middle of the night when Finn wakes up and looks up into Maria’s worried face.

There is one thing that bothers Maria. Something she has not yet told…. Lanuola is her daughter.

Finn whispers to Maria that he is glad she came.

Maria grabs his hands and looks him lovingly in the eyes …… Finn! If you ask me, I say yes!

After that, all questions are completely superfluous.

Finn is sitting in his kitchen, listening to Maria’s rhythmic breath from inside his bedroom.

The restlessness in his body makes him go for a walk with Bella…. Out chasing seagulls.

Shortly after, he stands with his butt up.

Grandma told it many times…. If you keep searching, you will end up finding a treasure.

Now they return home to the house and the woman in Finn’s bed.

At the same time a mermaid jumps over the water… But never has it interested Finn lesser than now.