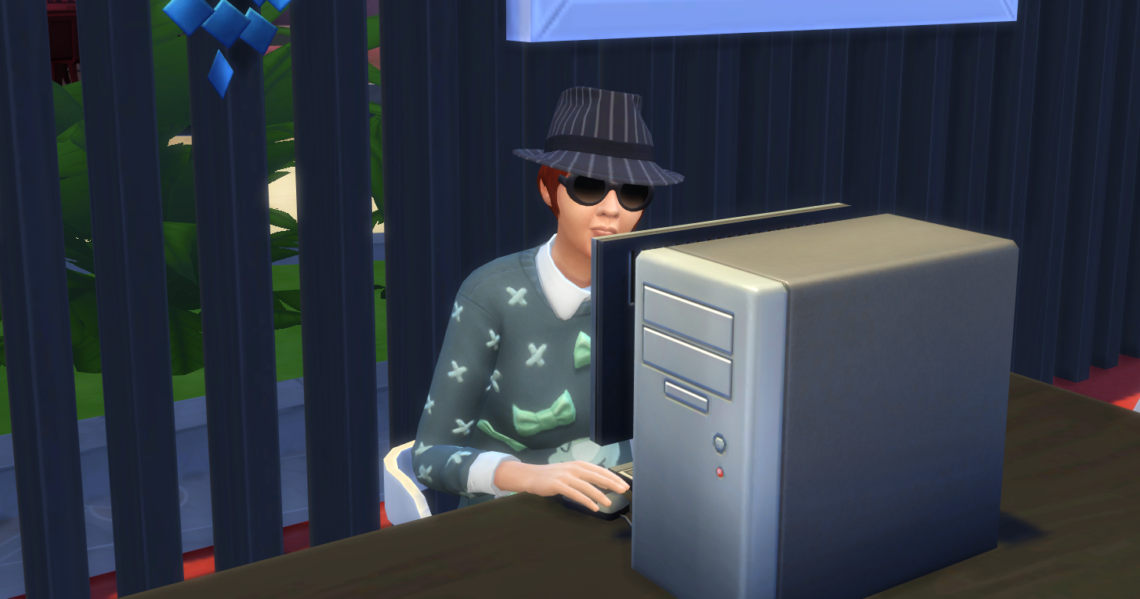 Today, Tusnelda is free from work, and she is considering what she should use the day for.

It is still dark as she starts the day’s tasks in the garden. She has planted the seeds she has collected in the forest and soon she can harvest the first mushrooms.

Tusnelda is still a bit grumpy after the holidays. She finds the herbal medicine book. The only way out of their misery is to study diligently.

Meow! Trix is bored and wants to be entertained.

Be quiet Trix! I can not concentrate when you howl like that!

Trix ends up getting his way. Tusnelda also needs some entertainment. and she notices that her mood is rising.

Dear Trix. How did you become so smart?

Tusnelda received a bonus when she was promoted. Some kitchen cabinets and a coffee maker.
Now she has placed it all in the little house above the mine.
On the counter is one of the frogs she has found in the forest. Tusnelda looks at the frog and the frog stares back.

Tusnelda imprints on the frog’s colorful skin as she lets her thoughts flow and suddenly she gets an idea. If she wants to stay in places among other people then she must wear a disguise that signals distance.

Hm! I do not know if this clothing is particularly daunting Tusnelda?

Tusnelda sits down with her food while she devises a plan.

The postman has again delivered a letter with new murky seeds.

Tusnelda feels the stress grow … Who’s sending her these seeds? What does it mean that this area is registered as a vampire cave?

To divert her thoughts, she will try to cook a De-Stressing Decoction.

Trix feels her melancholy and purrs encouragingly … Do not be sad Tusnelda!

Sweet Trix, you’re my dearest friend … Let’s take the rest of the day off and go on an adventure.

Tusnelda chooses theirs excursion destination, and a little later they arrive at GeekCon in San Myshuno.

Tusnelda looks around contentedly … here are most people incognito.

Tusnelda finds a free computer. Trix looks at her questioningly …

Just go exploring Trix, because in a little while Hackaton will start and I would like to test my skills.

Tusnelda seems unwavering and Trix is left to explore the area on his own cat paws for the next hour.

Tusnelda eagerly embarks on the task.

It goes beyond all expectation and and she cheers loud every time she breaks a code.

Soon it’s all over and Tusnelda proudly ranks her back.

Trix is in the middle of the hunt for the feather duster, as the news sounds over the speaker. Tusnelda has scored 58% flawless points and she has therefore won the first prize … a brand new computer!

They are both tired when they get home to the mine, but they have been enriched with new experiences. It has been a lovely day.