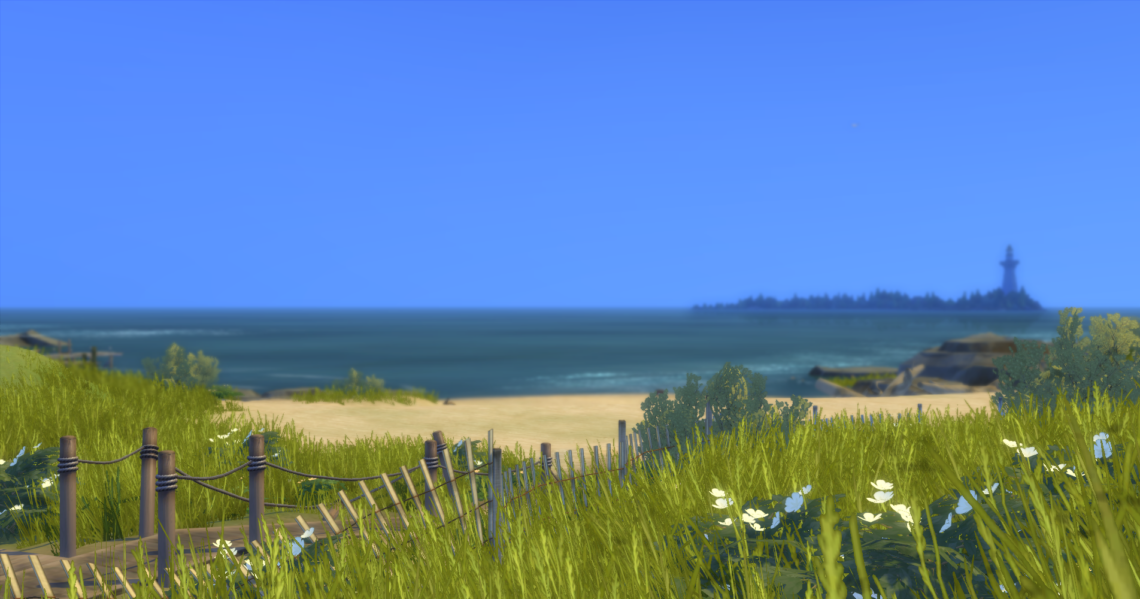 The house needs a thorough cleaning and since Tusnelda is free from work, she might as well get it over with.

Trix looks at Tusnelda. What are you doing? Maybe we could do something fun instead?

We can go on a trip when it’s over, promises Tusnelda.

Trix hisses annoyingly his claws. It can be difficult to comprehend Tusnelda’s priorities.

Come into my arms Trix. There is no need to complain anymore.

Looks like Trix still has a lot to complain about.

Tusnelda calms Trix. Nor do I think cleaning is especially entertaining and today I planned a fishing trip.

Trix stares out over the ocean. He has never seen so much water in his life before.

Soon he forgets all about the sea when he becomes aware of a sound in a bush.

It requires a thorough examination.

I want to find a good fishing spot, but what are you doing? asks Tusnelda in astonishment

Have fun Tusnelda! I gotta move on…

Right now, Trix does not have time for long conversations.

As Tusnelda moves on, she sees a man leaving a dog.

The dog looks so terribly sad and Tusnelda immediately feels great pity for it.

She tries to encourage it with a ball.

The dog happily brings the ball back, but after playing for a while Tusnelda ends the game.

Now she wants to catch some fish.

Finally, he remembers to keep an eye on Tusnelda….

……but his attention is distracted by an intriguing smell.

A little later, some gulls catch his attention.

He manages to catch some feathers …

Look what I caught Tusnelda!

Tusnelda, however, seems too preoccupied with her own thoughts, so Trix quickly runs on.

There are several interesting things to explore.

Tusnelda has finally got a fish on the hook and she happily pulls a large Tuna ashore.

Trix howls disappointed … Tusnelda! Have you completely forgotten that I exist !?

Trix once again tries to catch the annoying squirrel.

The sun is low in the sky and the light is changing.

Tusnelda has left her fishing spot and has started collecting frogs and minerals.

Trix is still running around energetically and he looks at Tusnelda in amazement as she staggers past him with trailing feet.

Trix has no time to sleep right now.

There are still birds he can hunt.

Every single catch is brought to Tusnelda.

Now the night has come, but Trix still has no peace.

A new morning is on its way…

Tusnelda has been awakened by her hunger. She wants to cook herself some food.

Trix has finally surrendered to sleep

When Tusnelda catches sight of Trix, she wakes him up very worried .. he does not look well.

Even if they are tired, it is necessary to visit the vet.

Tusnelda just needs to rest a bit while they wait.

Poor Trix! He must consult the vet without Tusnelda support.

Tusnelda can hardly stand upright when they finally travel home.

You might ask what happened to Trix?
Trix was bitten by the squirrel and never before has he felt so ashamed and depressed. The excursion to the beach ended far from as carefree as it began.