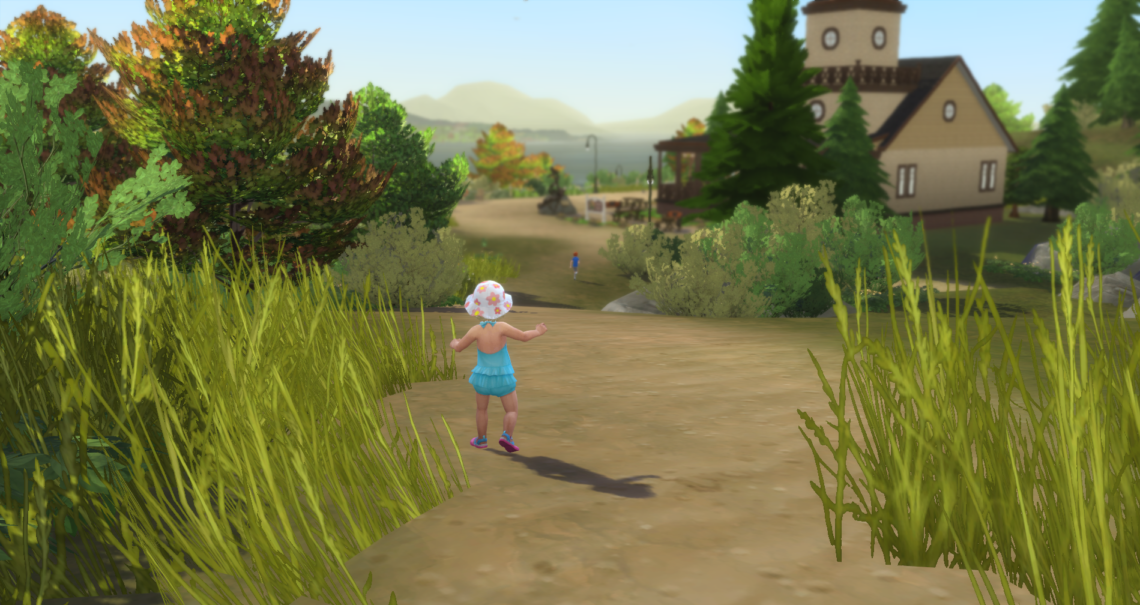 Finn is aware that not everything is as it should be … but what’s wrong?
What about Naja? Is there a resort for her or is she doomed to live her life on a lonely island forever?

Something’s wrong, but Finn can not really spot it.

After work, Finn tackles the pollution as he usually does.

He is later found by Makoa. …. He looks intently at Finn. There seems to be something that weighs you down? ….If you want to listen to advice, then try to let it go.

If only Finn could talk to his grandmother now….

Grandma knew what it took for the children to thrive and grow.

Finn remembers the trips with his grandmother to the lighthouse

Naja was a carefree little toddler who ran around in the sure assurance that life is good.

While they ate, Grandma told the stories about distant lands.

Later, Grandma took a rest in the sun while Finn and Naja played together.

They did everything together….

One afternoon they built a beautiful turtle sand sculpture.

Always remember to dream big Finn. One day you might find the turtles’ place of origin.

After Finn shares his thoughts, Makoa gives him a warm hug.

Finn quickly continues his cleanup…. Who knows? perhaps a small crack is emerging in his shield.

Meanwhile, Naja has invited a classmate home. His name is Duane Talla and he is a foster son at Makoa.

When Duane is taken home, Naja finds a towel.

This time, she makes sure she does not get burned.

When the shadows get long, Naja returns home.

Tonight, Naja exudes a special glow. This is because she easily assimilates the heat from the sun’s rays and the people around her…. Duane’s visit has done her good.

Finn returns home and he sees that Naja seems relaxed and comfortable.

The sun has once again shown its magic on the island of Mua Pel’am.