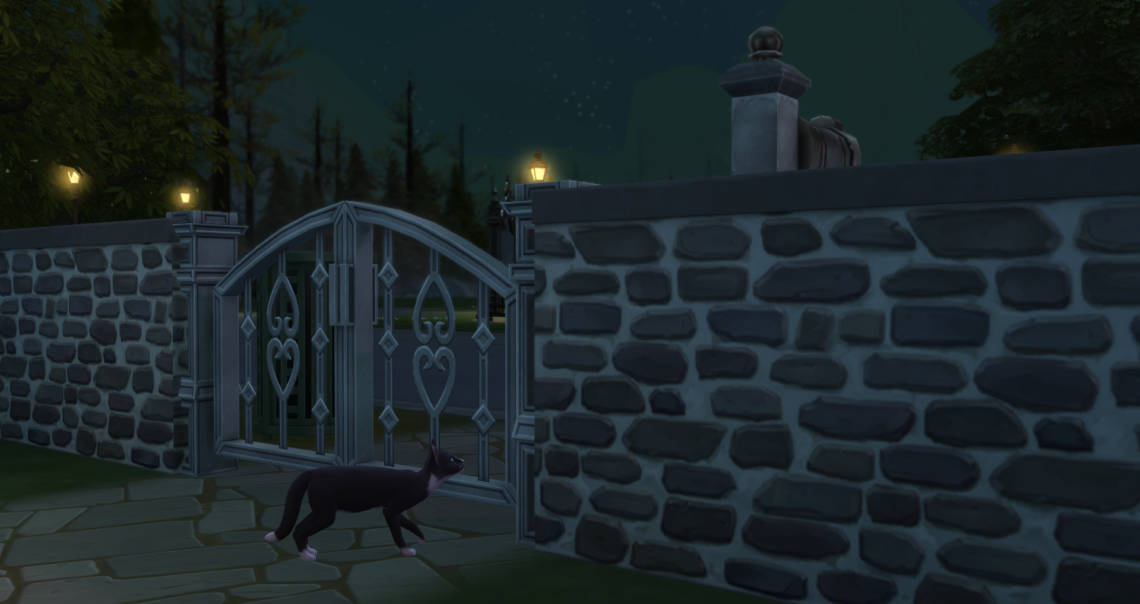 Tusnelda has changed lately and something mysterious is going on in the neighborhood. Trix can not quite understand it.
Some changes he welcomes but others make him more suspicious. Tusnelda seems to take it all in a really good mood.

Trix sniffs curiously at Tusnelda. Ever since the Sakura festival, Tusnelda has been unusually loving and she hugs Trix several times a day.

It’s a little weird after she’s almost neglected him for so long?

Trix purrs satisfied. He would be an ungrateful fool if he did not enjoy this change.

Tusnelda have released Trix and moves enthusiastic down into the mine.

Today she will be working on some scientific experiments.

She tries a little more carefully with new ingredients…

This experiment seems to be successful!

Everything is noted carefully in Tusnelda’s little notebook. Deep down, Tusnelda is hiding a secret dream of becoming a scientist, but she has not told anyone … not even Trix.

Tusnelda will be working in the restaurant later today and she chooses to relax with a book before she has to leave.
But that book Tusnelda! Since when did you start reading romantic short stories?

The author has written a romance about an older lonely scientist who falls in love with a young alien after he is abducted by a spaceship.

Tusnelda giggles … what a silly story.

Trix looks incomprehensibly at Tusnelda. She always tends to read non-fiction but romance, silly stories? … what will be the next thing coming?

Sweet Trix, maybe it’s time for us to have a meal Tusnelda says Tusnelda in a strange sugary voice.

That’s the most sensible thing Tusnelda has suggested during the day, and Trix happily eats his crispy delicious meal.

It seems Tusnelda completely forgets to eat while she stares dreamily into the void.

As Tusnelda gets ready to go, she discovers that a water pipe has burst. She quickly calls for a craftsman …

…her work is waiting.

Even though Tusnelda is at work, Flora arrives to look after her garden.

Flora is really passionate about plants.

She does not seem to care about the man now standing in front of Tusnelda’s door.

That’s not really her business….

… so she’s just continuing with what she’s doing….

Behind the door, Trix hears a loud deafening hiss and he imagines the monstrous predator standing outside.
Poor Trix!

Is it really a predator?

After minutes of silence, Trix bravely runs out to seek Flora’s company and he luckily sees no predator, but only a strange man in red clothes.

The stranger’s eyes follow Trix before he seems to give up his venture.

Flora looks after him as he disappears. Maybe she should warn Tusnelda? There are definitely some one who is watching her.

Trix carefully approaches the gate and the mailbox. He does not like these unknown guests.

Many hours later, when everyone has gone their separate ways, Tusnelda returns home.

There’s another mysterious bag of seeds in her mailbox. Super! She can sell it in the shop at a good price.

Tusnelda hums contentedly with life. She’s had a great day and she has no reason to fear tomorrow.