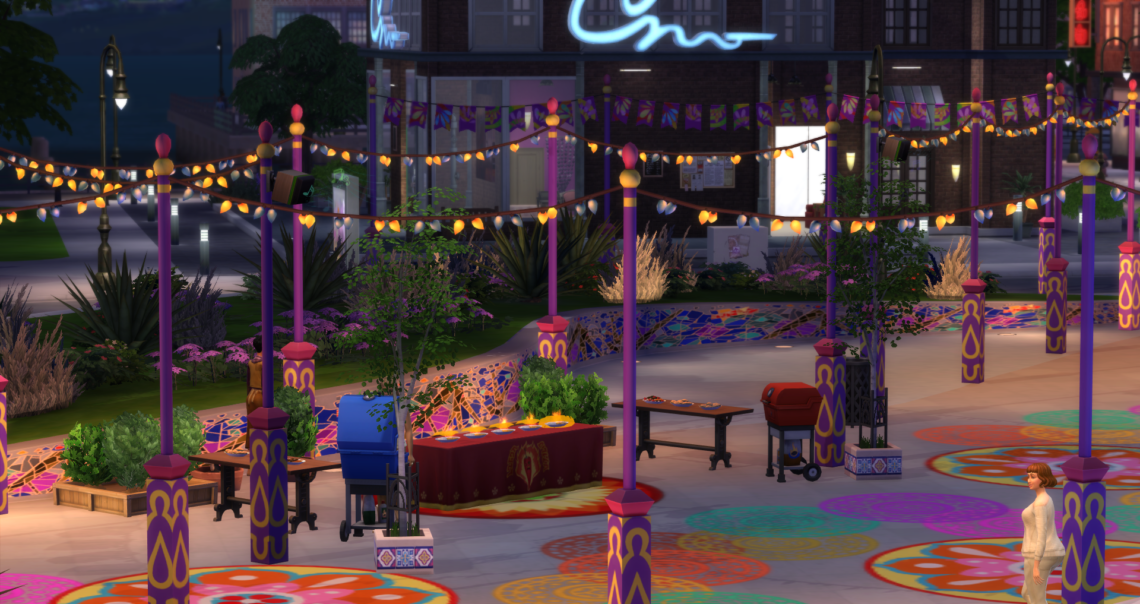 Tusnelda is free from work and gets new experiences.
Since the romance festival, she is still in mental rebuilding and she has gained new interests.
Warning. Some swear words appear in this section.

It’s a morning like many others. Tusnelda empties her mailbox and sees that she has received another package of the strange seeds.

Tusnelda enters the garden to continue her botany studies.

Trix looks at her from a distance. She is not easy to interrupt when she concentrates on what she is doing.
What’s the point?

Today, however, she seems to remember his presence. She interrupts her undertaking as he slowly approaches.
“Hi Trix! Do you need some entertainment?”

If he does !? Most of all, he has longed to put his teeth into this delicious red feather tassel and split it into atoms. He just needs to catch it first. Meow!

While Trix takes a nap, Tusnelda decides to watch a movie on TV.
She has a day off today and she daydreams casually while watching a romantic evergreen ….
What became of the chefs contest Tusnelda?

What the hell is going on here !!!

Tusnelda gets up annoyed.
Such a shitty movie!…. It deserves absolutely no film awards in her optics.

Luckily, Flora calls and invites her to the Spice Festival in San Myshuno.
But does it cool down her temperament?

Tusnelda immediately gives up participating in the curry challenge. What a terrible heartburn!
Tusnelda works in a gourmet kitchen and there she is used to a completely different kind of delicate and sweet spices.

Flora has thrown her full attention on the plants.

Tusnelda is summoned by a salesman who offers exotic dishes from a street kitchen.

She could probably always try a samosa with minced beef and mint.

Tusnelda enjoys casual dining while listening to a street musician. She plays her guitar well and she has a beautiful voice.

Flora is still preoccupied with the plants, but there are several interesting stalls selling food, spices and various souvenirs, so time flies by quickly.

Tusnelda gets the urge to buy a drink and notices several handsome dark strangers at the festival.
One of the guys tries to get in touch with her which suddenly makes her quite shy.

That prediction, after all, is the pure nonsense she thinks as she quickly empties her glass.

Tusnelda casts one last glance out over the festival site as she walks over to say goodbye to Flora.

The sky is completely black and the dark creatures of the night go hunting.

At that point, Tusnelda is back in safety at the mine where Trix welcomes her home.

Tusnelda had an exciting evening and she gives herself time to play with Trix before they go to bed.
Hm! Still in a romantic mood I can see.