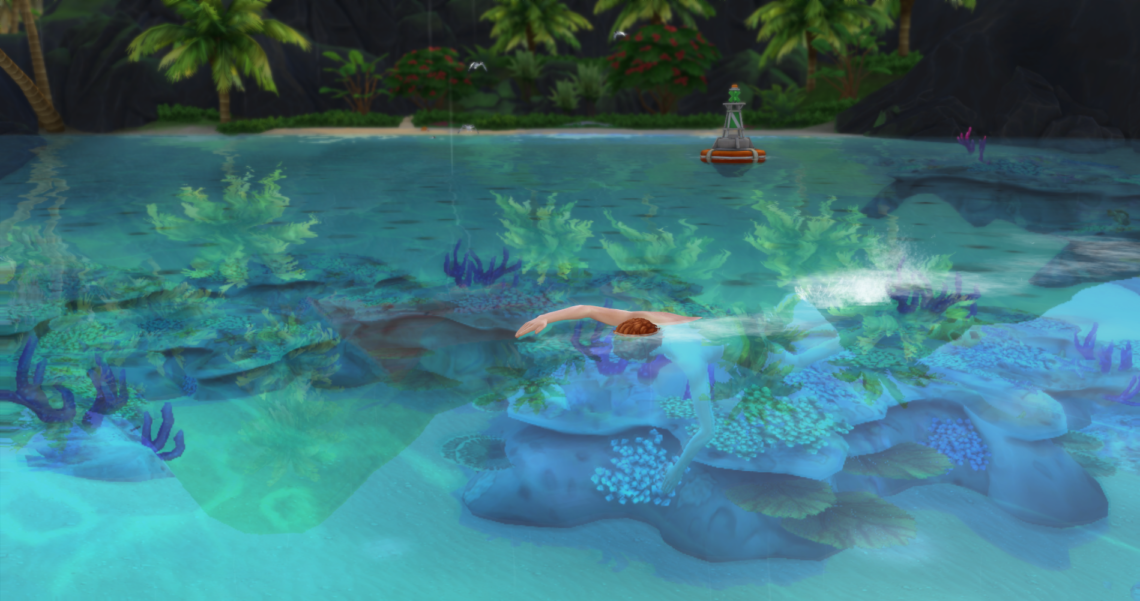 Finn has another big task he has to overcome….
This time it is about his self-knowledge and his relationship with his sister…. It is time to repair the wounds he has caused.

Finn and Bella have traveled to Ohan’ali. Bella immediately runs on a seagull hunt and Finn finds his snorkel.

In front of the bar, Finn gives his little dog a hug. Right now, she’s his closest companion in life.

Finn goes into the bar to write a report…. There are a lot of people in the bar.

Naja laughs and talks to people around her…. Finn orders an extra drink and now he is fumbling with two glasses in his hands … unable to figure out where to start.

Hours later, when Finn gets hungry, he has not yet said a single word.

Finn discovers Naja sitting on a bench and eating. Finally he comes up with an apology. …. He tells Naja that he has finally realized that his dream has never been her dream.

I miss you Naja! I will do anything to change….. You are the only family I have, and I will not lose you!

Afterwards, Naja stays for a long time staring into the air …. What exactly did Finn say?