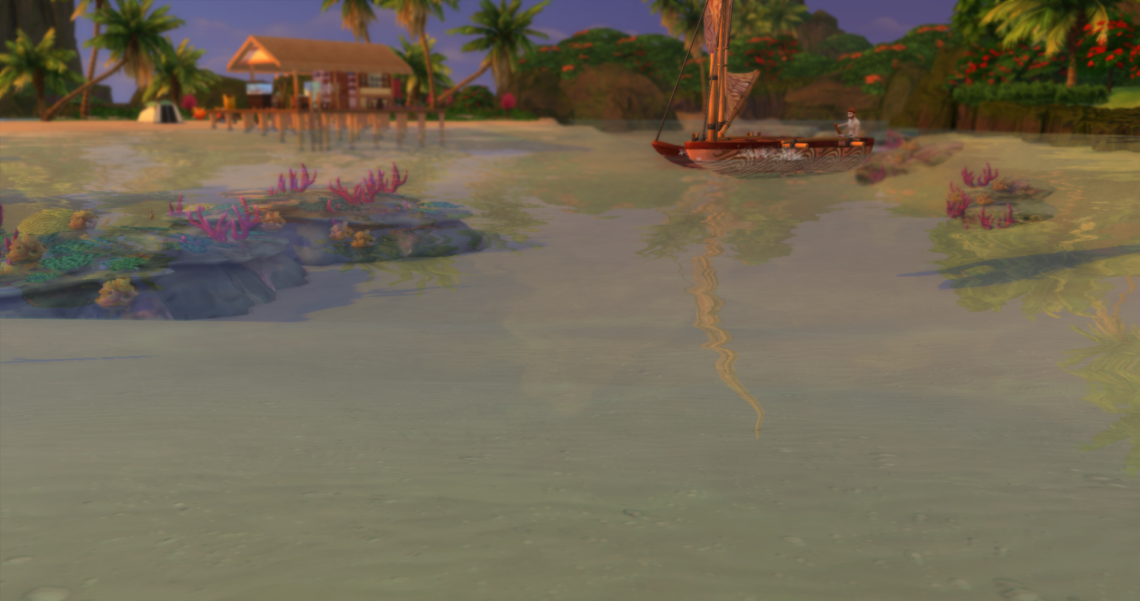 After meeting Naja, Finn returns home to his beloved island. Finn has some difficult considerations and luckily he has a friend he can talk to.

Then he throws himself into the water, and he swims to compete with the turtles.

Nature is full of colors.

Not even a small pineapple plant escapes his attention.

When the afternoon comes, he jumps into his new outrigger canoe.

Everything looks breathtakingly beautiful as he sails home.

If Finn had been a bird, he would have seen Naja behind the house.

Finally, the small family is united.

Naja looks captivated at the sunset …. nowhere is it morer beautiful than here in Mua Pel’am.

However, she is disturbed by Makoa who comes by.

It is dark before the three friends eat together.

When Naja goes to bed, Finn and Makoa play a game of chess together.

I understand that you have many thoughts and decisions to consider, says Makoa. If you want to hear good advice, then listen to your heart.

See you my very best friend! says Makoa as he gets up and leaves.

Makoa has said that Finn is his best friend! …. Finn warms up by the words while fishing the next day. No one has ever called him their best friend.

After nature has become clean, the colorful fish species have returned.

it is hard to say which fish are the most beautiful.

Even in rainy weather, the sea at Mua Pel’am is more beautiful than anywhere else.

Still, Finn is finally ready to leave his paradise on earth.