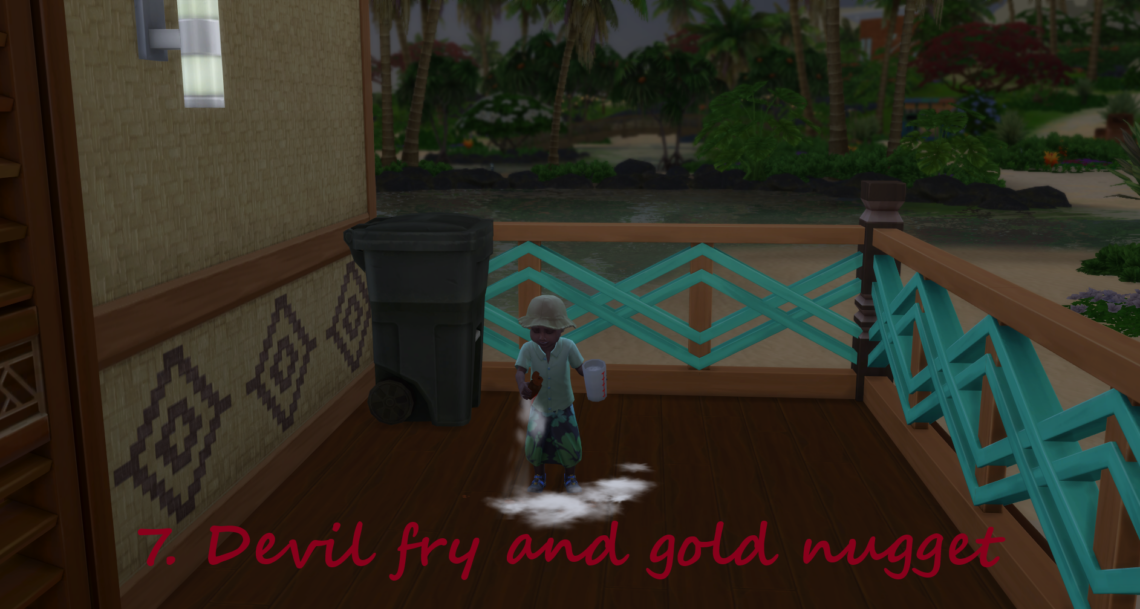 There is a saying in Denmark that says “dear child has many names”. One thing is for sure, Keoni is truly a dear treasure if you ask Alia and Akia.

Say the word after me Akia says patiently …

Keoni clasps his hands and screams angrily … he does not want to play with word cards anymore.

Akia finds a book …. and now we see the boy for the first time … the strange pale hair and the glowing yellow eyes. We who know the full truth cannot help but be concerned.

Alia looks lovingly at her husband … There’s nothing wrong with Keoni, he’s just having a difficult period.

However, she has to wonder about the fact that the boy gets sick if he is out in the sun. Maybe it’s some kind of hypersensitive sun allergy.

While the parents are chatting, Keoni begins to cry loudly.

Akia quickly turns to his son …

…. what’s wrong Keoni? Is there something you are missing?

Alia smiles encouragingly at her son …

He laughs joyfully as she tickles his small chubby cheeks.

Now the peace of the house is restored.

Akia picks up Keoni’s food and puts it in front of his son.

Keoni sends the plate to the floor with an angry push !!

Akia scolds… you must eat Keoni! You can not survive on milk and liquid food.

Now the food has landed on the floor, so it still ends up with Keoni getting his wish.

Shortly after, we find Keoni spreading debris all over the kitchen.

Now the sun has finally set and he continues his ravages on the terrace.

Alia looks sadly at her son….

Keoni throws the sand around in wild cascades.

What a devilish kid the reader will probably think.

To her, he is still a little accomplished miracle.

Now she lifts the little nugget into the bed.

She reads a goodnight story and soon he is sleeping peacefully like a little angel.

With Alia and Akia, there are no shards of joy …

…. and their love is still hot and intact.

In the dark, the snake is lurking.
He remembers the blood that was hot, salty and vigorous.

But tonight the senses of Alias and Akias are fully awake.

The snake hisses angrily before leaving the house to search for another victim.

Later, Akia gets up … a sudden unrest causes him to check the door.

Everything is calm and he puts the duvet around Keoni.

The devils fry, the gold nugget and their little unique miracle.