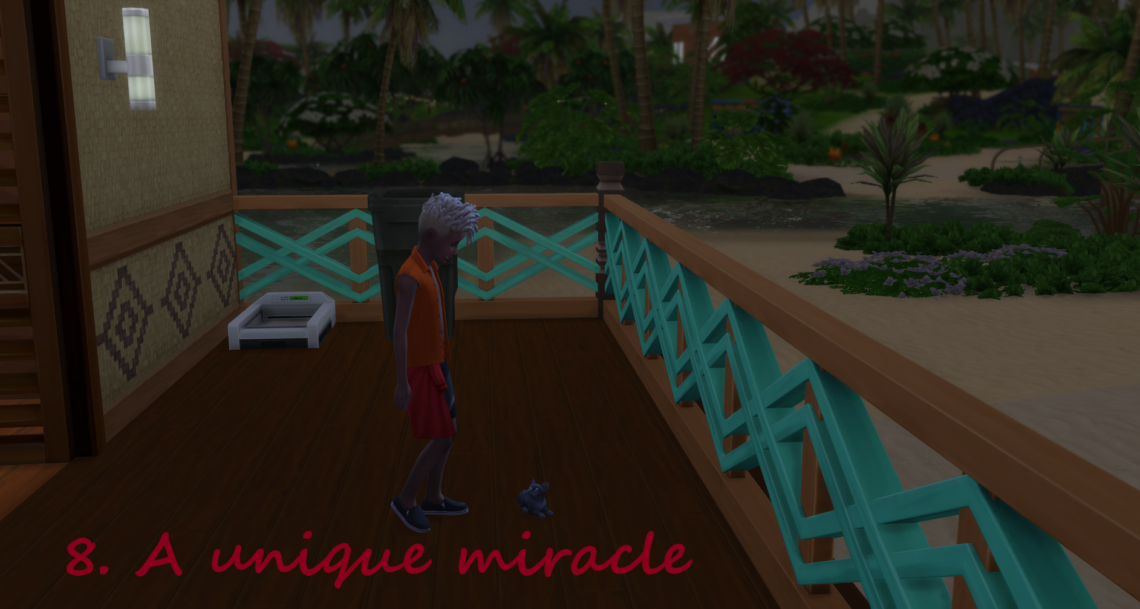 Many years have passed since we last met Keoni and today he thinks back to his childhood. Although he has never missed the love of his parents, time has not passed without problems.

Keoni has become a big boy. He will soon become a teenager and now he thinks back on the years that have passed.

When Keoni was five years old, his mother gave birth to another baby brother.

No one else in the family is fair-haired and no one else has glowing yellow eyes.

… then she replies that it is because he is blessed and a unique miracle.

When Keoni asks his father, he replies Keoni should not worry so much about this issue …. they love him exactly as he is. To them he is perfect.

Keoni knows he is loved …. but why is he hypersensitive to the sun and why can he only stay outside at night?

His mother and father want him to be happy and that is why he has received a very special gift.

The kitten Freja is his only playmate and friend in the world.

At night, Keoni swims around in the ocean …. he loves the freedom and the warm water.

When he gets tired of swimming, he builds figures in the sand.

The night is far too short in Sulani and in a little while he will have to go inside.

Now his mother comes and helps him finish the sand figure.

When it’s afternoon, Keoni gets up.

Keoni knows very well that he has the most loving family in the world.